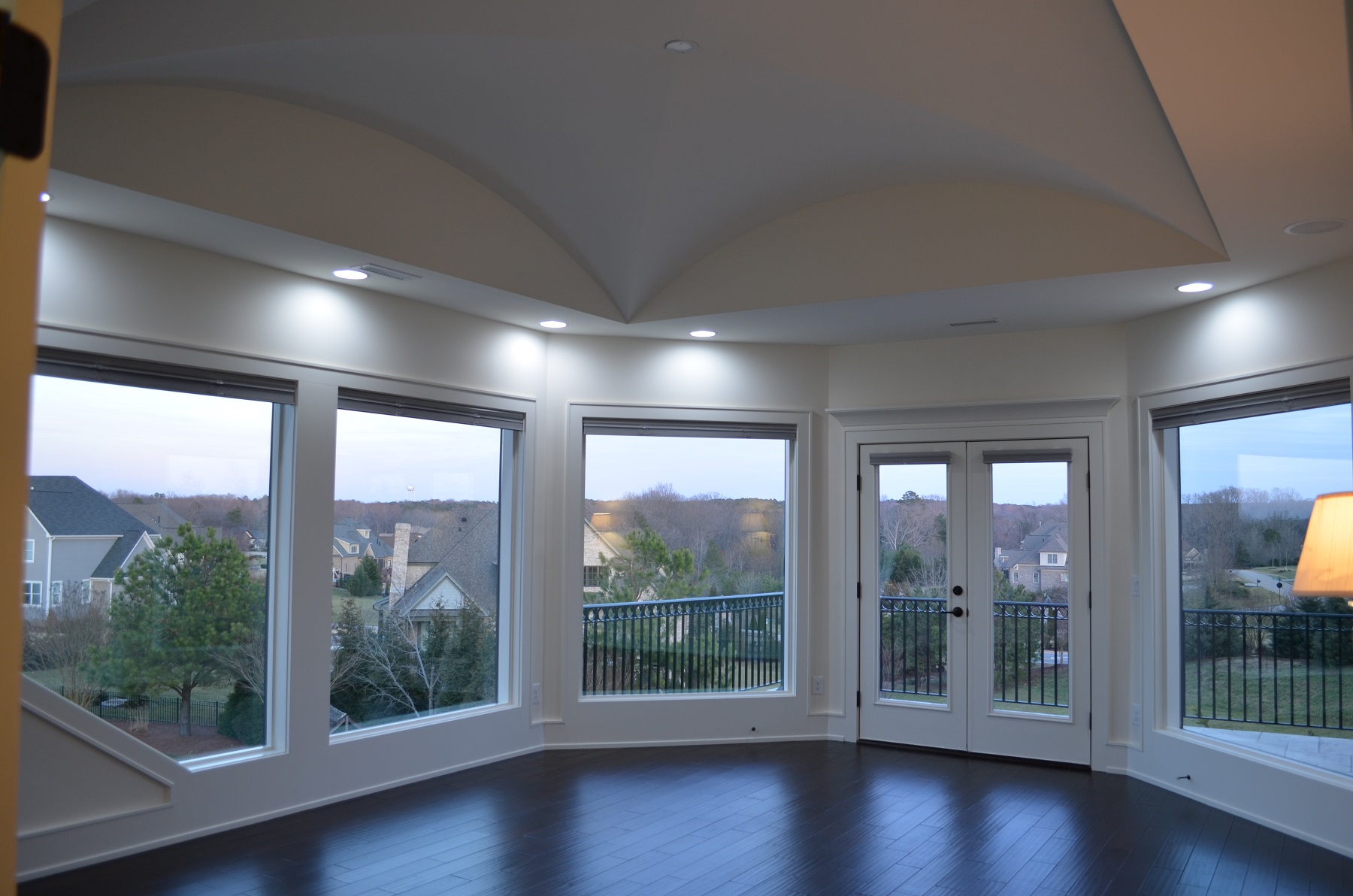 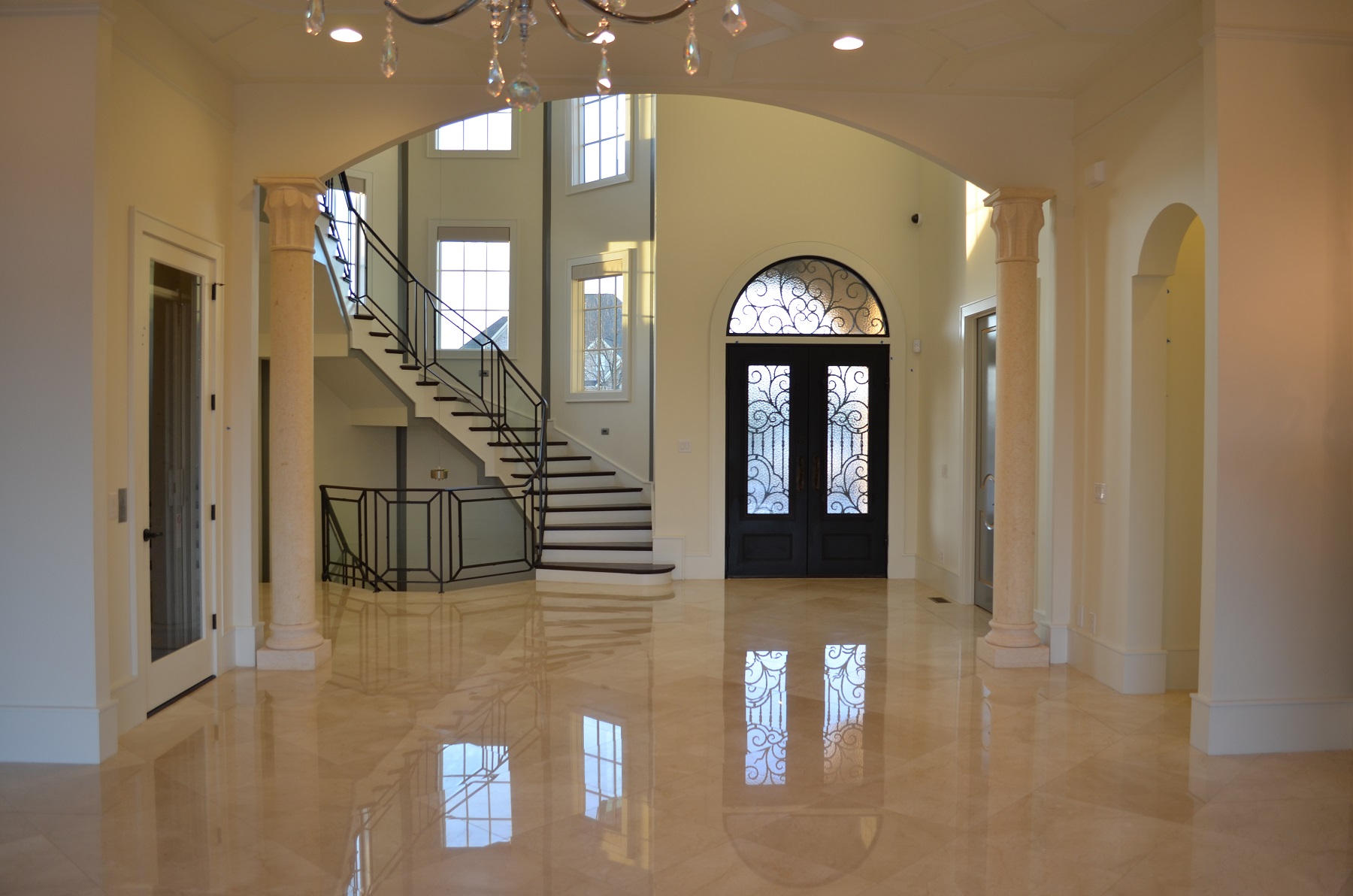 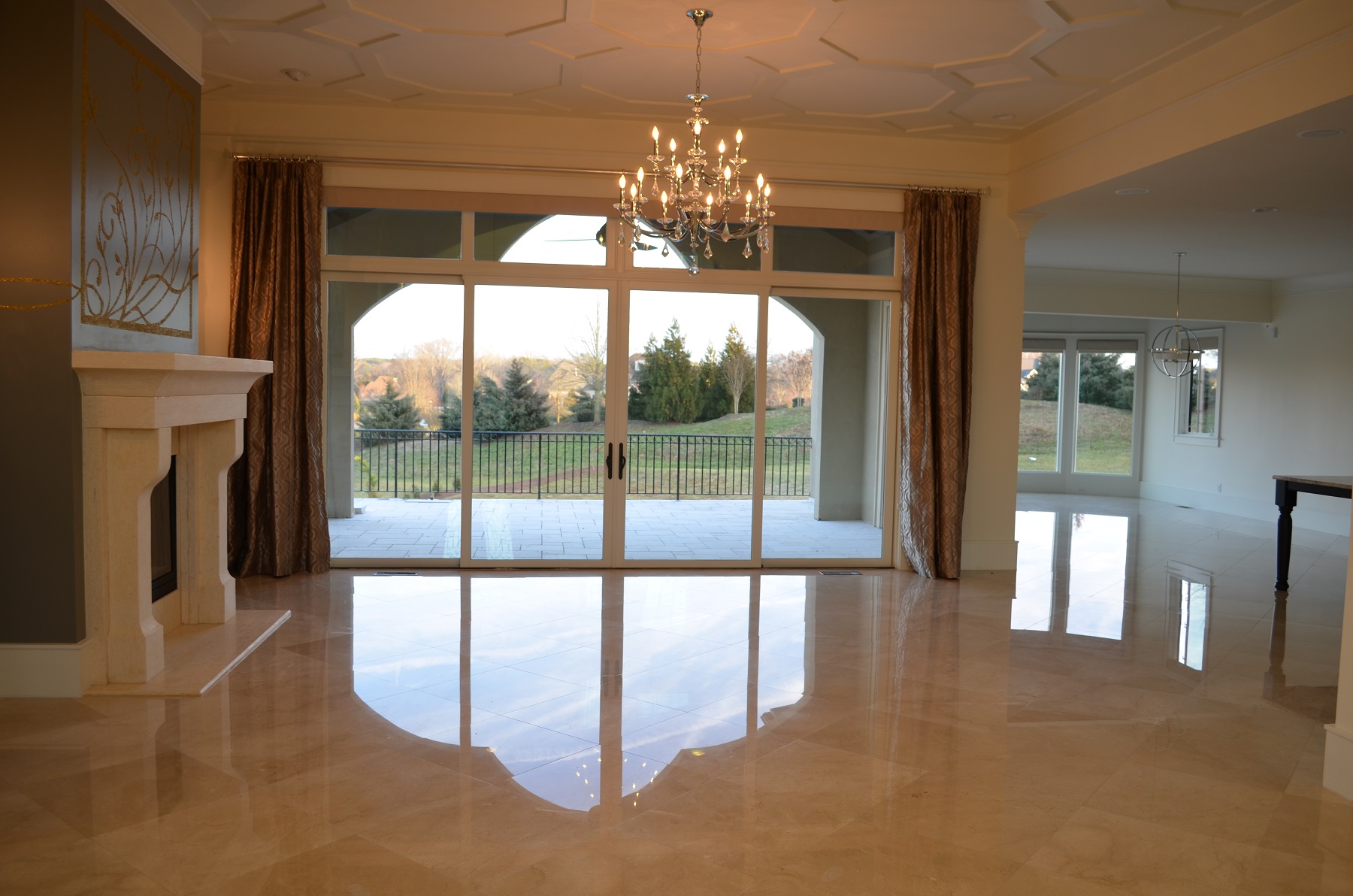 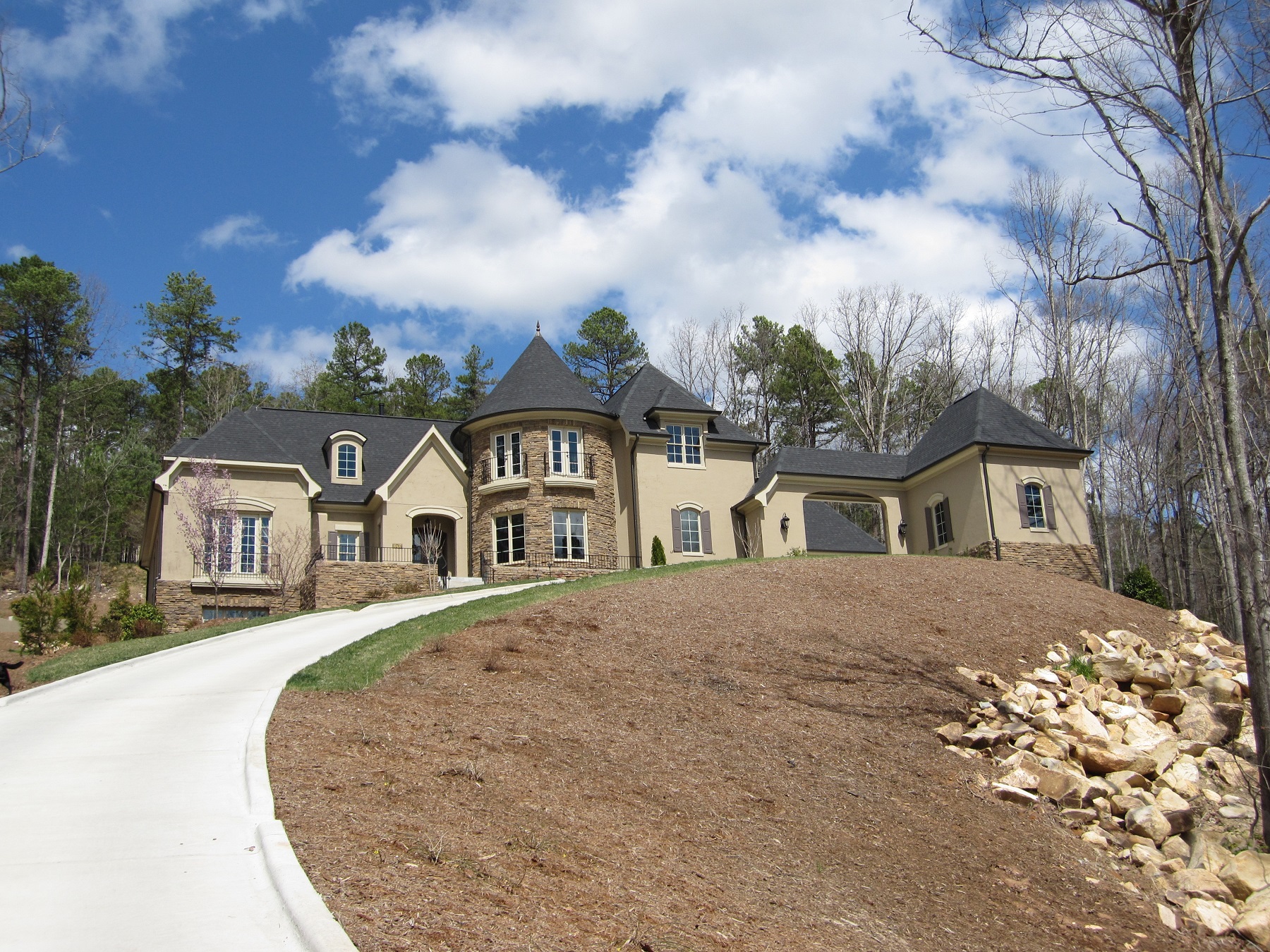 Use the form below to request information about our services.

When you wander into the countryside, or pass by old streets a few blocks from the center of town, you notice a certain nostalgic feel that meanders into your senses. A feeling that takes you back years, or reminds you of homes you saw overseas. There is a warmth of character that certain luxury homes possess; something that engenders a gentle breeze of enlightenment and an airy feel of contentment.

We, at times cannot articulate the feeling we have, but we know that older homes make us feel good. They’re timeless. The patina of the years has only brought out the more beautiful hues of architecture not found in homes built recently. The art of architecture, captured for all to see. At Mangum Design-Build, we capture that wonderful architecture and nostalgic style with our custom period homes, of which you can view photos in our photos of custom homes.

“When God created Heaven and the Earth, He did it according to rules. Like Gravity. Follow the Rules, and they work for you. Depart from them, and you better have wings.”

Some of the best homes that capture the imagination and inspire us were designed with specific rules in mind. The best homes conform to established rules of design that are already there.

Russell Versace, a celebrated architect in Virginia, wrote a book about building homes that are designed to look old. And when he references old, he means to create that vintage look within certain rules that architects should follow, noting it as the Eight Pillars of Traditional Design.

INVENT WITH THE RULES

The art and intricacy of Period Style is captured by a set of rules that follow each design. Remember that styles developed in certain parts of the world through the resources and utilitarian purposes of what their environment dictated. In Northern Europe, you see steep roof pitches that were designed to shed snow and water with relative ease. A lot of roofs were covered with bundles of straw and covered with pitch when slate was not used; hence, water had to shed rapidly without standing there very long. In the more arid climates of Southern Italy, large overhangs and low roof pitches were a function of little rainfall and passive solar design. Barrel tile most often has air pockets between the roof decking and the tile, creating an air tunnel for hot air to escape, allowing the inside of the home to be much cooler on the inside during hot days.

With that in mind, we set our attention towards recreating a home that is defined by the style in which we choose. Interestingly, the most prevalent architectural “style” in the Triangle area is “Transitional”. Understanding the definition of the word means that something is metamorphosing into another form; that it is in transition. It retains some shape of one form, and one shape of another. With that, we know that once the house is built, it cannot move from one style to the other. It is stuck, for all intensive purposes, and therefore not transitional. Hence, we can now extrapolate that transitional houses are less transitional and more a blend of styles where you can’t quite tell what it is. Thus, we realize that a home can in fact have an identity crisis.

RESPECT THE CHARACTER OF PLACE

Building a Period Home involves a survey of the land and natural features that are to be designed in conjunction with and not a factor of design parameters. The air of intimacy involved in the seamless blend of a house with its environment is important.

TELL A STORY OVER TIME

The art of a Period Home is the story that comes with knowing how and why each home arrived at its present form. Versace interprets this to be a house that has been added onto through various remodels and additions, and we, in part, agree with this. Prior to the 1700′s it was very common for houses to be built room by room as the owners had enough time and money to build more wings of the house. Ken Follett’s book “Pillars of the Earth” describes some of this in his historically detailed fictional account of life in the 1100′s. Homes were a function of the owner’s trade or vocation.

Similarly, a home is like a good marriage. Every good marriage has a history of charm and hard work, dedication and perseverance. A history of how things came together to be what it is today. In homes, you may notice specific vaulted ceilings or trim that is an interpretation of public architecture that old craftsmen drew ideas from in the construction of manor homes for the affluent. The groin ceiling in all its grandeur, found in many ecclesiastical settings, was designed to hold up concrete roofs over long spans.

BUILD FOR THE AGES

Homes built generations ago were constructed with rugged materials that have withstood the test of time (paraphrased, Versace). My great-grandmother’s house in Ahoskie NC, built in 1926, was constructed entirely with Cedar. From the flooring, to the siding, to the trim, Cedar was used due to the inherent weathering capabilities. European homes are mostly masonry in design, and you’ll likely notice that the style of the home is influenced by the materials available. It seems that Europe has quite a bit of loose stones sitting around.

That perspective leads one to use rugged components found on the outside as well as the inside. You’ll notice solid wood doors, masonry walls, and wood burning fireplaces, to mention a few.

Jonathan Hale most notably details an understanding of how public and private structures were built using scale and proportion in his book, “The Old Way of Seeing”. In looking at architecture as proportion, you notice why windows are the size they are, and how the pitch of a roof corresponds and relates to the placement of the front door. Furthermore, Versace also recommends using materials that are in keeping with what the Period Style called for. One house Versace talks about in his book, “Creating a New Old House”, had the trim carpenter install the baseboard and moldings prior to installing drywall, which is a traditional method of 19th century construction, where plaster was installed after trim. This created a slightly rougher texture at the transition between trim and the rest of the walls, as plasterwork was an art to behold.

On a side note, sometimes you’ll watch action movies where the villain gets thrown through a wall, and the old wooden furring strips splinter everywhere with plaster exploding around him. I would suppose that this is intended to engender being thrown through a massive wall rather than two pieces of ” drywall and a few wooden studs.

It is very difficult, if not impossible to craft Period Homes using synthetic materials. Over the years, plastic and vinyl have largely intruded upon the substrates used in building construction. Versace notes that “Fieldstone walls, wood clapboards, and heart pine floors have surface textures that are rich and warm; but synthetic materials such as vinyl siding and plastic laminate look homogenized, cold, and lifeless”.

Know that these materials Versace notes against are an attempt to look like the real thing. While it costs more in some ways to get the real, authentic product, the result is a seamless blend of materials that belong there, and are not an accessory to the home.

CREATE THE PATINA OF AGE

I think of Duke University, specifically the Chapel and surrounding buildings. Most students will walk on campus and not know that the gutters that collect water from the slate-topped roofs are made of copper that have turned to verdigris from the oxidation of years of the elements. Or that the stone was quarried mostly from a now defunct site outside of Hillsborough. Our travels lead us to find old beams used in warehouses being town down in the textile belt of Greensboro-High Point-Winston Salem. Intermingling hand made brick from Glen-Gery with old ceiling beams found in an old country church in Wichita Kansas creates an authentic blend of the old with the new.

When you travel into older homes throughout Europe, you’ll notice that many buildings have been retrofitted with modern conveniences like heat/air conditioning, updated commercial-style kitchens appliances, and, wonderfully, electricity. Versace specifically shares the sentiment “modern living can be woven into the fabric of a traditional house without being intrusive or overwhelming”.

Go for that look. Just remember that the look must have the perspective of direction with the passion for detail.